This compact maritime museum, in the harbour home of a busy fishing fleet, is housed in the old 1857 coast-guard station. Outside are grand views of Lough Foyle above a monument to those lost while working at sea. The museum’s modest rambling exhibits focus on the everyday struggles, as well as the historical events, from Armada wrecks and Famine-era emigration to the heroism of the Irish lifeboat-rescue teams. There’s even an unusual Mesolithic exhibit. A small coffee, craft, and souvenir shop is at hand. Proving there’s a little bit of everything here, a planetarium has three shows daily; call ahead to confirm times.

The Greencastle Maritime Museum’s exhibits include a 19th century rocket cart used to aid survivors of wrecked ships; a traditional Fanad Curragh built with hazel rods, lathes and canvas; a wild fowling punt with a swivel gun and a Lough Foyle punt. The Museum also has a room devoted to the ships of the Spanish Armada which sunk off the Irish coast in 1588 and a room devoted to the part which Greencastle played in the history of emigration from Ireland in the 19th century.

The state-of-the-art planetarium features accurate depictions of our night skies and multi-media presentations depicting fantastic educational voyages through the universe. Ireland’s only Laser Light Concerts feature a powerful laser system choreographed to a wide range of music, from traditional and modern Irish music in the daily “Full Irish Laser Show” to Pink Floyd and other rock artists on selected nights. Harbour side Cafe and Souvenir Gift Shop on premises.

The Rocket Cart
The rocket carts primary use was to rescue the crew from vessels stranded close to the shore by using the rocket apparatus and breeches buoy.
The museum’s Rocket Cart is equipped with it’s original life saving equipment, except the live rockets, and is one of only six which still exist in Ireland and Britain today.

Malin Head Radio Station
Malin Head Radio Station was established in January 1902 at the Lloyd’s of London signal tower at Banba’s Crown. The stations radio was a simple battery powered spark transmitter connected to a 120 foot aerial supplied by the Marconi Radio Company.
Operating through both World Wars, the station has witnessed many historic events. On the 3rd April 1912 records show the ill-fated Titanic tested its radio equipment with the station.

Sea Captains
Fishing and seafaring has played an important role in the survival of many families in the Inishowen peninsula.
The Royal Navy anchorage’s in the Lough Foyle and Lough Swilly created opportunities for Inishowen men to serve in the Royal Navy and the advent of the Second world war saw may Inishowen men joining the Irish Naval service.

The Drontheim Boat
The Drontheim Boat or Greencastle Yawl was once the most common fishing boat along Ireland’s North Coast. The name “Drontheim” is a corruption of the word Trondeim, the port of the Norwegian coast were it originated.
Pigged with a simple sprit-sail and jib or rowed by four men, the Drontheim was used for net and line fishing and also for transporting seaweed, turf, goods, people and livestock to and from the coast’s many Islands.

Irish Navy Service
The onset of World War II accelerated the need to establish a naval service. By 1941 the naval base, Haulbowline, administered 10 craft and 300 ‘all ranks’. After the War, on the 15th March 1946, the Irish component of the armed forces. Today Irish Naval service has responsibility for fishery protection, pollution control and drug interdiction.

La Trinidad Valencera
La Trinidad Valencera, an 1100-ton Venetian converted warship, was the fourth largest ship in the Spanish Armada. On the 14th September 1588, she arrived in Kinnagoe Bay on Inishowen, storm damaged and leaking. The majority of the crew managed to get ashore before the ship sank, aided by the local O’Doherty clan.
The wreck of La Trinidad Valencera was discovered in 1971 by City of Derry Sub-aqua Club. 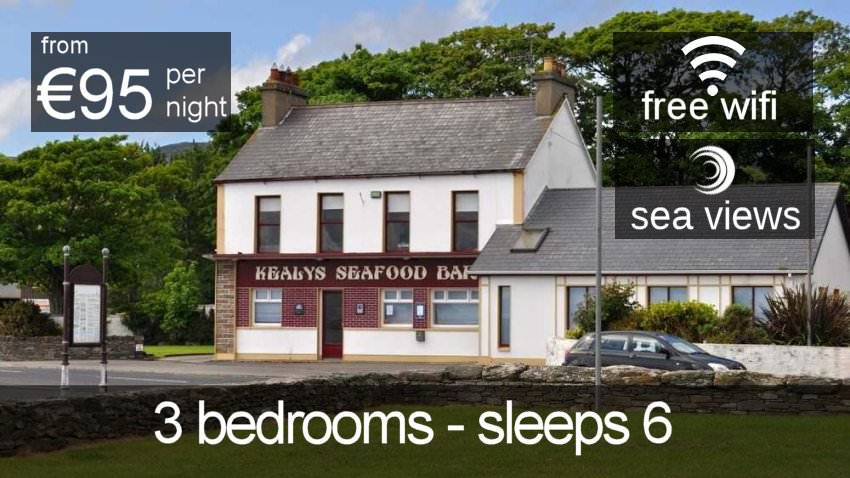 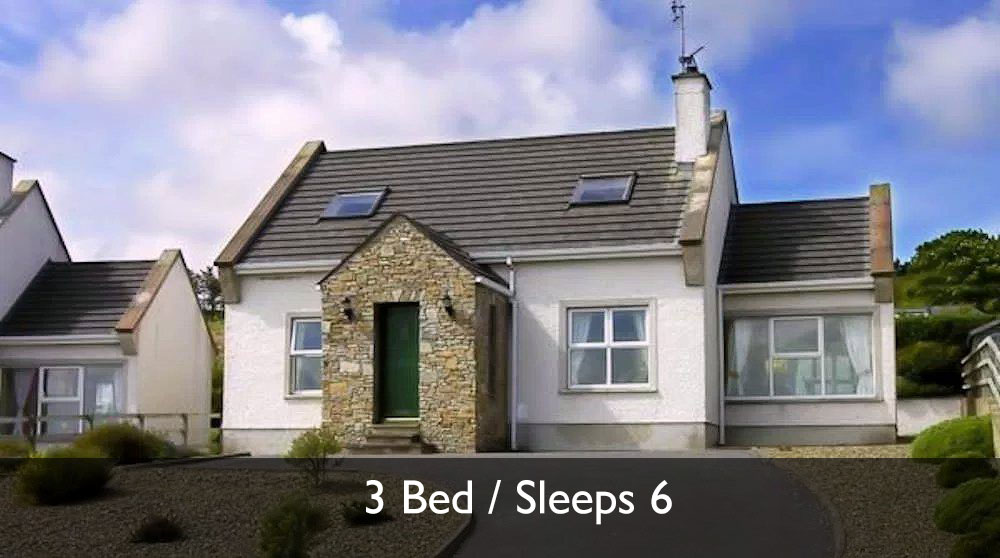 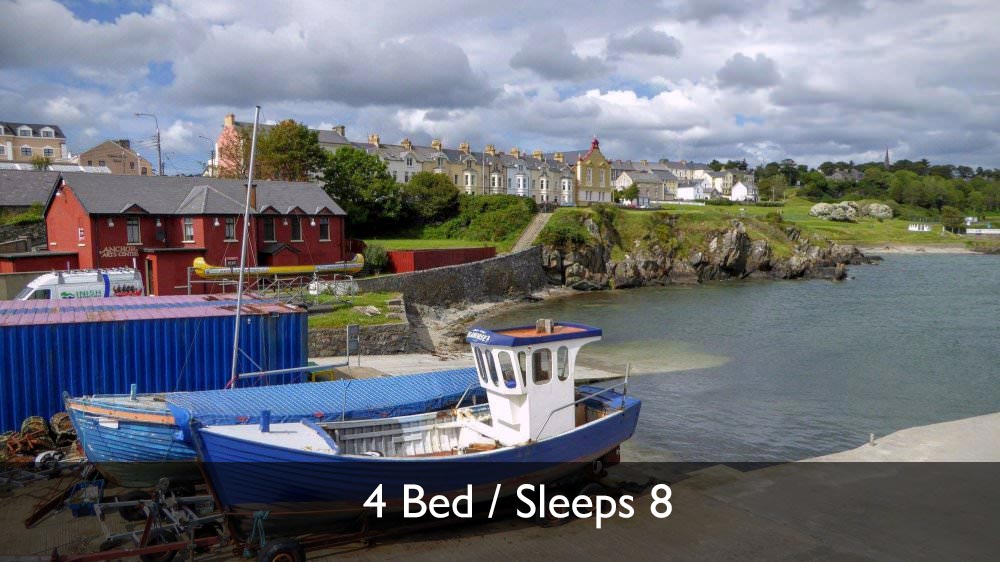 Lighthouses
Lighthouses throughout Ireland act as traffic lights of the sea. Manning lighthouse’s was a light keeping family tradition and new keepers began training in Bailey Lighthouse in Dublin, moving around lighthouses as relief workers and finally being placed in lighthouse stations, usually located on one of the rocks; Fastnet, Maidens or Tusker. Keepers became accustomed to sea life and often required the sound of the sea hitting the tower to fall asleep.

Foyle Pilots
During World War II, Derry acted as the largest and most important base for the Atlantic convoy escorts. The Foyle Pilots, although based in neutral country, piloted allied warships throughout the War and they were awarded “The Atlantic Star” for their contribution to the Battle of the Atlantic.

Atlantic War
In June of 1941 the British Government signed a contract for the construction of the Londonderry Navel Base situated at Lisahally using American Lend Lease money. Ships sailing from the USA and Canada traveled in convoys across the Atlantic visiting the Lough Foyle and the Base played a strategic role in the winning of the Atlantic War.
At the end of the War the surrender German U-boats were brought up the Foyle to Derry in recognition of the Port’s role as a destroyer and anti-submarine base.

B17 Bomber
In September 1942 a Boeing B17 “F” type aircraft, on the maiden flight to the American Army Base in Thurley, South England, crashed into the Lough Foyle. The B17 Flying Fortress played a pivotal role within World War II for the allied forces, and its remnants were discovered nearly 59 years after its demise, under the waters of Lough Foyle by a local diving club on 3rd August 2001.

Emigration
In the 18th, 19th and early 20th Century, Ireland suffered considerable economic difficulty, which resulted in mass emigration. The first exodus of Ulster Scots on sailing ships began in 1718 and continued until 1939 via the great oil-burning liners, ensuring that Derry became the premier emigration port in Ireland, forever forging links with North America.

Shipwrecks
At the most northwesterly point of Ireland, the waters of the Atlantic Ocean have a reputation for being dangerous and often unpredictable. Armada galleons, stately colonial traders, emigrant ships, Atlantic liners, and War time battleships have all been claimed by the Donegal coast and its surrounding islands; Arnmore, Tory and Inishtrahull.

Greencastle Ferry
The Greencastle Ferry to Magilligan has along history going back 150 years. It was the main transport of that time and Coleraine was the main market town. Farmers brought over cattle, sheep and horses. A great amount of flax was grown, spun and woven in the Greencastle and Shrove area and the linen conveyed to market on slipes. There were no wheeled vehicles at that time. Men and women walked 13 miles from Magilligan Point to Coleraine and back again on the same day. If the weather got too rough for the return journey in the small boats, sheds were erected at the Point for overnight stays.