An Encounter on Cruit Island

You are here: Home1 / Places to Visit2 / An Encounter on Cruit Island

An Encounter on Cruit Island

Exploring the sandy beaches and rocky shores of Donegal, Bill Heaney meets an old man by the sea who recalls hard work in the Scottish Highlands

Published in Press and Journal: 22/11/2008
So it’s quite wonderful while on holiday in even a remote part of Ireland to set out for a walk, or sit down in a pub for a pint, and meet someone like Michael Dougan, who excels on both these counts – and who has stories to tell about working on farms in rural Perthshire during World War II and on major civil engineering projects with the North of Scotland Hydro Electric Board at Loch Awe, in Argyll.

I encountered 81-year-old Michael on Cruit Island – it’s not really an island, but a rocky peninsula linked to the Donegal mainland by a short concrete bridge – on Ireland’s north-west coast.

It’s close to the tiny village of Kincasslagh, which has become famous as the home of country and western star Daniel O’Donnell, whose Scottish fans flock there by the coach-load, and who, more often than not, find themselves invited into the home of one of Daniel’s many relatives – there are more O’Donnells in Donegal than you could shake a stick at – for a warming cup of tea and a slice of home-baked soda bread.

Out for a bracing walk on a bright, but watery, autumn morning when the last silver traces of the night before’s moon were still clearly in evidence, I met Michael, a diminutive Donegal man, who was busy working in his little island garden.

The turf, or peat as it is called in Scotland, will keep the family’s kitchen stove burning over what he anticipates will be a long, hard winter. He has it stacked neatly and snug near the house under a bright red tarpaulin. 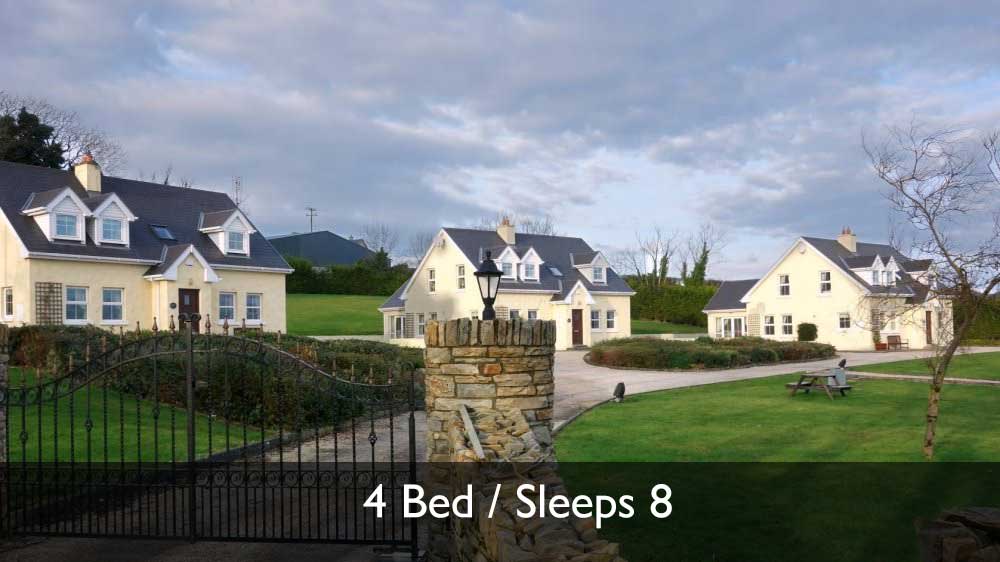 Ardglass Cottages is a luxury development featuring 5 modern holiday homes in the golf resort of Portsalon in NW Donegal. These homes are furnished and decorated to a high standard throughout. 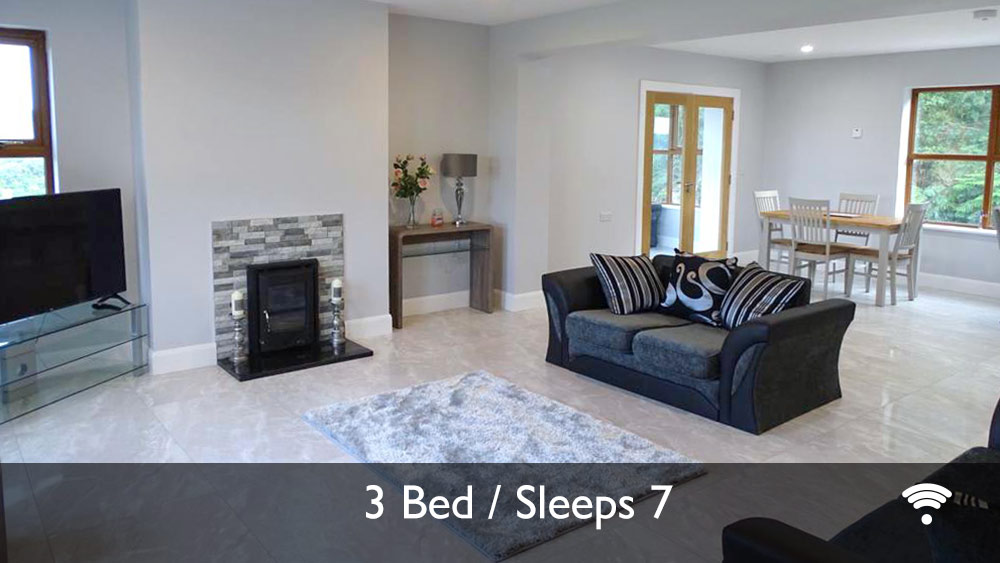 Forest View, a modern 3-bedroom holiday home, overlooks Ards Forest Park and is only a 5 min drive to the popular seaside village of Dunfanaghy.

When I greeted him – it would be unthinkable to walk past and not acknowledge someone in rural Ireland – Michael was cutting and sweeping up the escalonia clippings of the hedge around his property.

“Och, ye are from Scotland,” he says, picking up on my accent.

“I worked there for many years, and so did many people from Donegal.

“I started out as a teenager, a wee boy, working on a big farm in the village of Methven, near Crieff, in Perthshire.

“A lot of us went to Scotland to work on the farms, to help with the livestock and to harvest the crops, and to be tattie howkers, digging and picking potatoes.

“The Scottish farmers used to come away out here to recruit people because of the labour shortages caused by all the young men serving in the war.

“I remember when the war ended. There was great celebration everywhere at that time. We all rejoiced and the local paper in Perthshire came out to the farm to take our photograph. I remember there was a picture of me in the paper with a big sheaf of barley under my arm.”

When the Scottish soldiers came back to the farms from the front, the Irish moved on to work on some of the country’s biggest and most controversial civil engineering projects.

These were the “navvies” who worked on the West Highland railway line, the Fort William aluminium smelter and the hydro-electric schemes at Loch Awe and Loch Sloy.

Michael said: “The work at Loch Awe was hard and dangerous and the hours were long. Tunnelling was a hazardous business and there were many accidents and lucky escapes. I remember once almost being struck by lightning.

“But we needed the money. Times were hard back here at home and most people lived in tiny thatched cottages with turf fires and not even a lavatory, barely able to scrape a living off the land.

“The farm work in Scotland was seasonal, but the tunnelling on the hydro schemes was all year round, and with the money we made, many of us saved enough to come home and build a decent house and retire here.”

Nowadays, Michael works only at home and watches the sea and the sky. He looked up at the vapour trail of a jet making its way across the vast canopy of sky.

“I now have time on my hands enough to watch the jets heading off to America,” he said.

Then he shielded his eyes and looked out to sea.

“I can gauge the depth of the water from that rock out there. It is eight feet high and, at this time of year, it often disappears in a flash as the tide comes rushing in.

“It can be swift and deadly and you have to watch when you plan to take a short cut across the strand to the mainland. It’s a true saying that time and tide wait for no man,” said Kincasslagh’s old man of the sea.

Many Scots love Donegal. It is a marvellous place for a relaxing holiday. Eco-holidaymakers can enjoy fishing and horse riding and long walks in the hills around Errigal, Ireland’s highest mountain.

There’s flora and fauna aplenty to be studied and photographed, and cyclists love the scenery as much as the swimmers delight in the safe, sandy bathing beaches.

Good, fresh food, especially seafood, is available in the many hotels, restaurants and bed-and-breakfast houses that abound, and there’s traditional music in the welcoming pubs, with sometimes a few country and western numbers by Daniel O’Donnell thrown in.