You are here: Home1 / Places to Visit2 / Arranmore Island Donegal

Arranmore, Árainn Mhór, is in the Donegal Gaeltacht and is three miles from the Donegal mainland coast. The island scenery is characteristic of the Rosses area of Donegal with hills, rocks and small lakes dotting the landscape. It is an ideal holiday location for walking, learning Irish, diving, cycling, pubs and nightlife and sea and lake angling.

Arranmore has interesting and varied walking routes around its seven square miles and mountain bikes may be hired at the ferry pier. There are views of the mainland stretching from Glen Head to Tory Island. The clear waters and numerous marine life make it ideal for snorkelling and SCUBA diving. There are many small secluded beaches as well as the main beaches at Aphort and Leabgarrow.

Two lakes have brown trout and one has Rainbow trout breeding naturally. Boats for sea angling can be hired and there are abundant cod, ling, conger eel, pollock, wrasse, skate, turbot and plaice. The west of the island has spectacular cliff scenery. There has been a lighthouse on Rinrawros Point since 1798.

Location
The island lies 3 miles off Burtonport and is served by two ferry services, a conventional ferry that accommodates up to 128 foot passengers and all sizes of vehicles. This journey takes 25 – 30 minutes. In 2007, a fast ferry service commenced which can cover the run to the island in 5 minutes. Both services run daily all year. The trip to the island affords spectacular views, passing a number of small islands before crossing a stretch of open Atlantic water.

Habitation
Most of the population lives along the southern and (comparatively sheltered) eastern coast. It has been settled since pre-Celtic times, and the few remaining signs of early settlement include a promontory fort to the south of the island and shell middens dotted along the beaches. Its position near the Atlantic shipping lanes was exploited, with a coastguard station and a lighthouse positioned on the most north-westerly point, and a World War 2 monitoring post set up to look out for U-Boats.

The permanent population is 528, but this rises to well over 1,000 during the summer months. A large proportion of the housing stock are holiday homes, with both native islanders and their descendants, as well as non locals being attracted to the beauty of the island. 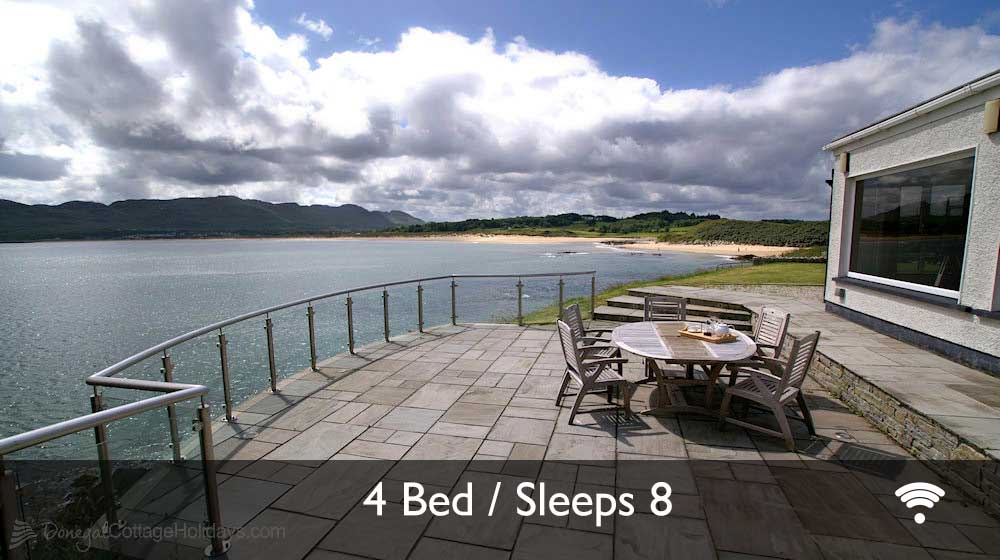 Golf Lodge is a 4 bedroom detached beach property on a large private secluded site in the seaside village of Portsalon on the Fanad Peninsula.

Ardglass Cottages is a luxury development featuring 5 modern holiday homes in the golf resort of Portsalon in NW Donegal. These homes are furnished and decorated to a high standard throughout.

Infrastructure/Economy
The island was the first offshore island in the Republic of Ireland to get electricity from the Rural Electrification Scheme in 1957, but was amongst the last places in the country to get universally reliable piped water (in the 1980s) and an automatic phone exchange (in the 1990s). It went directly from a manual switchboard to an ISDN-enabled system, which had to be upgraded within weeks due to massive demand for consumer phone lines, as the previous exchange had been limited to issuing numbers to business ventures only, and only had 47 internal lines.

It relies mostly on tourism for its income (fishing was the island’s mainstay up to the 1980s but is no longer a significant industry), as well as the traditional Gaeltacht summer schools. In recent years, a local development co-op has encouraged the development of other industries on the island, such as a call centre and teacher training for Irish teachers. The island’s many lakes provide excellent rod fishing opportunities.

The island also has a number of holiday homes available for self catering holiday rental.

With no less than six pubs, Arranmore is a pub crawler’s dream. Given that there is no permanent Garda Siochana presence on the island, the pubs are usually lax in adhering to closing times, if at all. 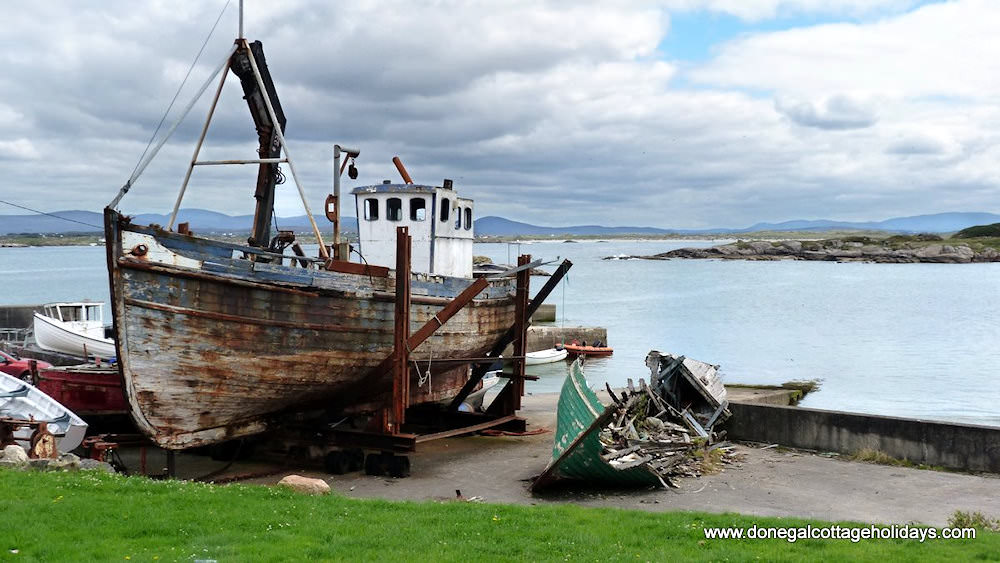 Other
The island is home to Ireland’s only island-based football team, and formerly Donegal’s only non-inshore lifeboat service. The Arranmore station, with its Severn class lifeboat, remains the best equipped in the county. The crew of the lifeboat have been honoured for a 21 hour rescue in July 2005 when they rescued a Keith White from stormy seas off Donegal.

For a visitor, the island has a character distinct from Donegal, partly through its separation from the mainland and partly through its diaspora outside Ireland. The island, in common with many communities at the edge of Europe, has shed people to many parts of the English-speaking world. These are not lost, however, and many return for the summer school holidays, doubling the resident population. The influx of young people during the summer gives rise to an active youth culture.

The result is that a visitor is not conscious of being in the Gaeltacht and football – soccer – is preferred to GAA sports. The island hosts the Arranmore Challenge, an annual soccer competition every June bank holiday weekend where 16 teams compete over 2 days. The competition has increased in popularity every year since it was introduced in 2001 and hosts teams from all over Ireland and Britain.